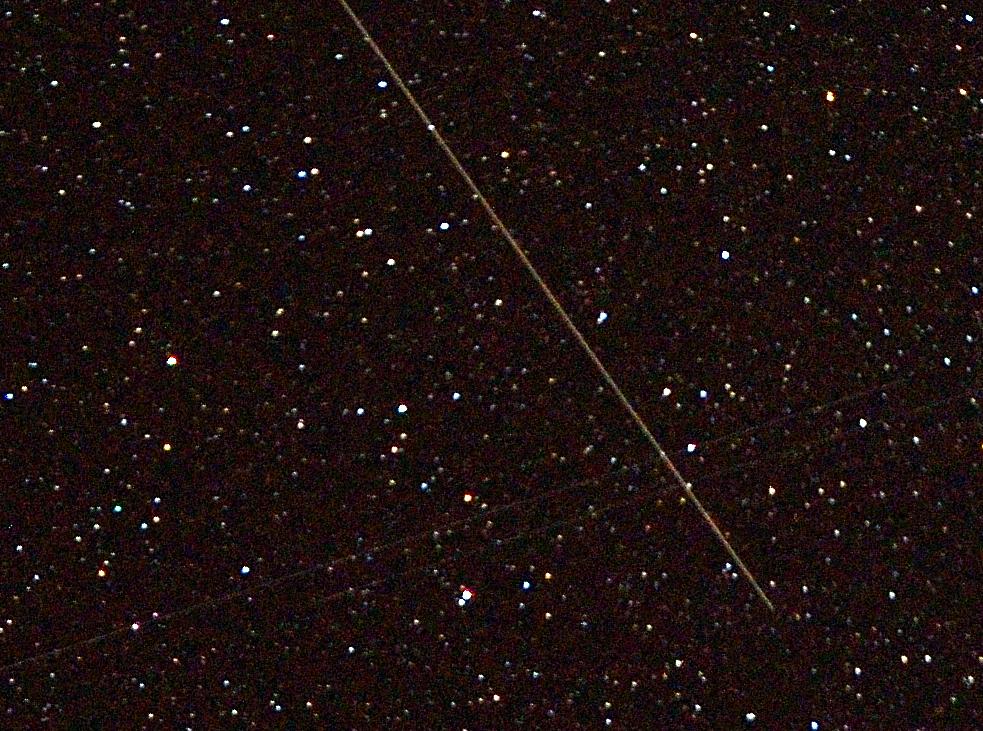 The region in which this was taken is Class 1 on the Bortle Scale and the entire 60-satellite train was visible, though only 4-5 were visible at any given time. In brighter regions the satellites would not be as readily visible. Furthermore, since they have such low orbits, they were only visible for ~105 degrees in the sky before they passed into Earth's shadow.